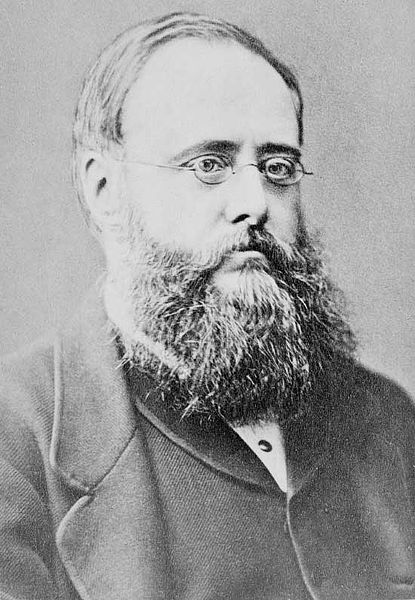 Wilkie Collins was born on 18th January 1824 in Marylebone. He was the son of William Collins, a renowned landscape painter, and his wife, Harriet Geddes. Although originally named after his father, the young Collins soon took up his second name, Wilkie, after his grandfather David Wilkie, also a famous painter. In 1826 the family moved to Pond Street in Hampstead, and after Wilkie’s brother Charles was born in 1828, they moved twice again – initially to Hampstead Square, and then to Porchester Terrace in Bayswater.

Collins started school in 1835 at the Maida Vale academy, before the family briefly relocated to France and Italy between 1836 and 1838. Wilkie found this time in Europe to be a fascinating, formative experience, and during this time he developed his ability in both French and Italian. Following his education, he began his first career in January 1841, when he was apprenticed to the tea merchant Antrobus and Co. However, writing was his true passion, and in 1843 he published his first story, ‘The Last Stage Coachman’.

Despite Wilkie’s own ambitions, William Collins wanted his son to pursue a steady career, and in 1846 encouraged him to enrol at Lincoln’s Inn to study Law. Nevertheless, the aspiring writer was distracted from his studies by literary pursuits, and his efforts culminated in the publication of Antonina in February 1850. In 1851, he was called to the bar, but never formally practised Law (this decision may have been made somewhat easier by the death of his father in 1847). It was during the same year that he met his close friend and associate Charles Dickens.

During the course of their friendship, Collins and Dickens co-wrote, acted together, and travelled the continent. Both writers benefited greatly from the sharing of ideas and literary techniques. While even to this day, Dickens remains by far the more recognised and celebrated of the two writers, he always believed that his friend Wilkie Collins did not gain the credit he truly deserved for his literary exploits.

With the arrival of the 1860s, Collins experienced his greatest period of literary success. Arguably the most famous of his novels, The Woman in White was published between 1859 and 1860. At the time, the story was serialised in literary magazine All the Year Round. While this was a particularly successful period for the writer, it was also one of acute suffering. Throughout the 1860s, he suffered badly from gout, which affected his eyesight and led him to regularly take laudanum to ease the pain. In the hope of restoring his health, Collins set out on a short trip to spas in Germany and Italy in early 1863 with Caroline Graves, with whom he lived from around 1858 until his death.

On 9th June 1870, Wilkie Collins experienced great sadness at the death of Charles Dickens, with whom he had been friends for so long. Many argue that the quality of Collins’ work suffered considerably during this period. Furthermore, this was just two years after his mother’s death, and during a period in which he continued to suffer from poor health.

Collins died on 23rd September 1889 at his residence in Wimpole Street, shortly after a paralytic stroke which he failed to recover from. On his tombstone, he is remembered as ‘the author of The Woman in White’.
Show / hide details