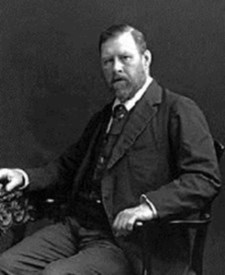 It was stated by one of Stoker’s biographers, Daniel Farson, that ‘Stoker has long remained one of the least known authors of one of the best-known books ever written’. Writing Dracula can be thought of as something of a cathartic experience for Stoker, who was, by all accounts, a model example of a respectable Victorian man. Unlike so many authors, who have lifelong experiences which feed into their writing, it was one event that compelled Stoker to create his novel – a hideous nightmare he had in 1890. Published extracts from his journal reveal he noted dreaming of a young man whom a young girl kisses on the throat, not the mouth, and is disturbed by an Old Count, furiously claiming that the young man belongs to him. These jottings eventually formed the entry from Jonathan Harker in Dracula after Harker’s encounter with the Sirens. It is not difficult to understand why such a nightmare was so frightening for Stoker, given the highly reserved and sexually repressed cultural norms of the time.

I have loved teaching Dracula over the years but what has surprised me the most is student reactions to the terror/horror of the novel. It is still a novel which I find to be inherently terrifying. This text with its irredeemable, demonic villain and the notion of creatures who can have such complete control over the human body and mind have always seemed to me universal horrors which would haunt the audience, contemporary or otherwise. However, I have often found that students do not understand why the Victorian audience, or in fact anyone, found the novel to be so horrifying. Perhaps we need only to look at the graphic violence of some popular modern media to see that the notion of what is ‘terrifying’ has changed considerably. Of course, it is also important to remember that Victorian rationalism, fear of the unknown and the stereotypical position of women also played a huge part in the horror created by the characters’ actions for the Victorian audience.

Critical analyses of Dracula certainly abound. Stoker was undoubtedly reacting to Victorian sexuality and repression when writing the novel, which sees numerous characters allowing their repressed urges to reach the surface. The oral nature of the blood lust and the vampires’ non-discriminate nature when choosing victims has also prompted critics to analyse areas of incest, necrophilia and homosexuality in relation to the novel.

Although certainly not the first to write about vampires, Stoker can be credited with defining the characteristics of the modern vampire, which have appeared throughout popular culture since the novel was published. These include: superhuman strength; powers of hypnosis and telepathy; control of the weather; control over animals; and weaknesses such as being repulsed by garlic, crucifixes and sunlight. Stoker created those features that have become stereotypical of vampires and his work has inspired around 200 films as well as stage adaptations, cartoons, comic books, short stories, games, radio plays, anime and manga, and appearances in numerous television programmes. It is clear that Stoker and his novel occupy a seminal place in both popular culture and literature, and seemingly all because of one terrifying nightmare.

After teaching in Secondary Education for six years, Emma Gardiner has taught in Post Compulsory Education for the last four years. Emma specialises in Children's & Young Adult Literature and Authors of the Victorian Era. 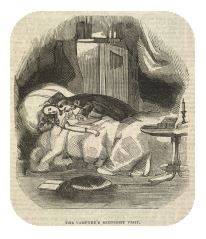 Dracula: 'Imagined Worlds' Study Guide for AS/A Level AQA
Combining an iconic, gripping and influential story with a textual and narratorial richness, students will be familiar with the place of Dracula in popular culture, and will enjoy discovering and discussing the imaginative power and Gothic sensationalism of the original text. Guide your students through the text with in-depth study notes and activities to explore the linguistic and literary methods by which authors present their fictional worlds. Co-teachable and specifically written for the 2015 AQA Language and Literature specification.

Mind Maps with Activities for AS/A Level
A3 mind maps with activities provide a dynamic and visual addition to set text study at AS and A Level.
Dracula Coursework Activity Pack
An original scheme of work with twelve carefully selected extracts that depict the novel's main events. 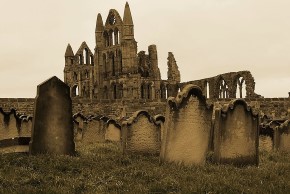