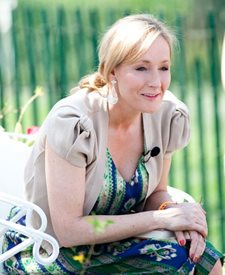 On her official website, when asked if she had always wanted to be a writer Rowling replied; ‘Always... as soon as I knew what writers were, I wanted to be one. I’ve got the perfect temperament for a writer; perfectly happy alone in a room, making things up’. Rowling has stated that her first work, ‘a towering work of genius’, written when she was six, made her think ‘Well, get it published then’, an odd thing, as she admits, for a child of such a young age to think.

A role model for the masses, Rowling has previously been named ‘Most Influential Woman in Britain’ and it is easy to see why she deserves such an accolade. It is almost impossible to grasp the sheer scale of Rowling’s achievements, which have won her a plethora of awards and commendations, of which only a small selection are mentioned in the timeline above. Rowling’s own ‘rags to riches’ tale is widely known, but her rise to fame and fortune is something which she has never taken for granted. She stated that the best thing her earnings have given her is ‘the absence of worry. I have not forgotten what it feels like to worry whether you’ll have enough money to pay the bills. Not to have to think about that any more is the biggest luxury in the world’. Rowling has committed herself to sharing her earnings with others, stating ‘You have a moral responsibility when you’ve been given far more than you need, to do wise things with it and give intelligently’. Indeed, her estimated $160 million in charitable donations recently made her the first person to be knocked off the annual Forbes’ billionaires list for such philanthropy. Rowling has remained grounded throughout her successes, putting her family first and challenging any intrusions to her privacy by the press, most recently by appearing as part of the Leveson enquiry. She maintains that she does not believe in fate, rather ‘I believe in hard work and luck, and that the first often leads to the second’.

Of course, it is not just Rowling herself that has achieved such accolades but also the Harry Potter series itself. Rowling has stated that one of her favourite authors when she was a child was E Nesbit, because ‘her children are very real children’. This is something which she herself managed to create in her stories and which, undoubtedly, led to their huge success with both adult and child audiences. Rowling has also poured important parts of her own life into her series, for example struggles with depression and dealing with grief after the death of her mother, and this has enabled her to establish inherent connections with her readers. It would also be remiss not to briefly mention the movie franchise, which made roughly $8 billion worldwide. Rowling assisted directly with the writing and production of all Harry Potter films to ensure that they remained true to the novels, including a directive that the cast and shooting locations were to remain largely British.

While she will never say never to a new book in the Potter series, Rowling’s legacy continues through supplements to the series such as The Tales of Beedle the Bard and the recently developed online experience Pottermore. Rowling’s primary intention has only ever been to share her fantasy world and, with experiences such as the Leavesden Studio Tour and the opening of The Wizarding World of Harry Potter theme park in Florida, this fantasy world has become an integral part of real life for billions of fans worldwide. I count myself as one such fan. Having been introduced to the series as part of a Children’s Literature module at university, I have now re-read the entire series around twenty times and each re-reading still allows new discoveries and raises new questions about the world, it remains a topic about which I could talk endlessly. I have also taught the first novel to A Level students for four years. Each year I would start study of the novel by asking how many students had already read the book, generally around 75% of the class had. With those who had not read it, I would simply make a bet that by the end of the year at least one of them would have read the entire series and would be a Harry Potter devotee – and I never lost!

With the publication of her first non-Potter novel, Rowling proved to be equally as skilled at writing for an adult audience. The Casual Vacancy, defined by Rowling as a ‘comic tragedy’, sold over a million copies worldwide in the first few weeks of release. Similarly to the first Harry Potter novel, the idea for The Casual Vacancy was conceived by Rowling while she was travelling. Rowling stated that she ‘had that totally physical response you get to an idea that you know will work’. Aside from the notably adult nature of some scenes and language, as a number of reviewers chose to focus on, more importantly it becomes further apparent that Rowling is an exceptionally skilled craftswoman of both character and narrative. The novel features a vast cast of characters, all of which could have been plucked from real life, they are so vividly presented, and the narrative is cleverly woven through to its resolution.

From being told to publish the first Harry Potter novel androgynously as ‘J K Rowling’ (so as not to deter male readers who may be dissuaded from reading a novel by a female author) Rowling has become one of the most famous women in the world – as a philanthropist, a courageous spokeswoman and, most importantly, an excellent storyteller.

A teacher for 10 years, Emma Gardiner has taught in both Secondary and Post Compulsory Education. Emma specialises in Children's & Young Adult Literature and Authors of the Victorian Era. 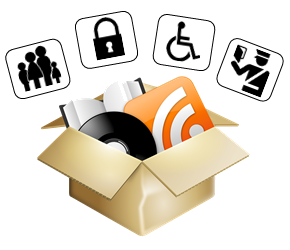