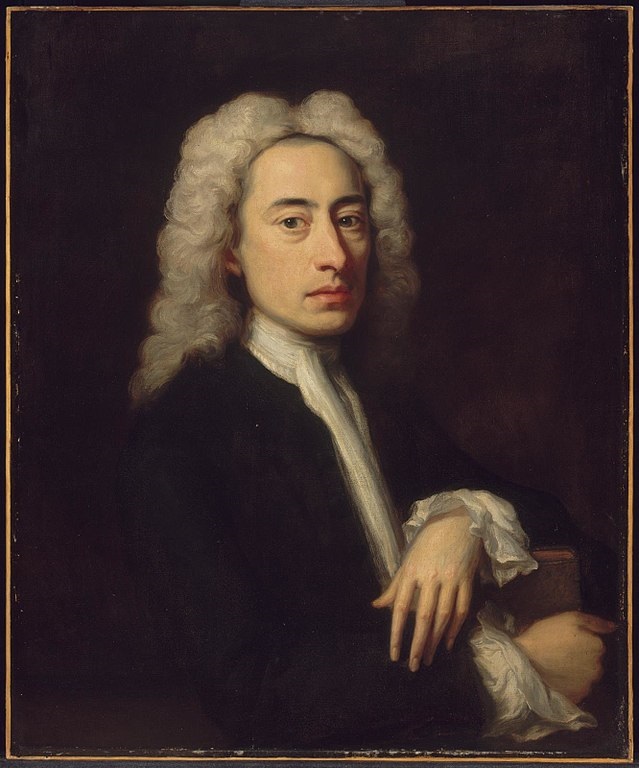 Alexander Pope is one of the most famous English poets of all time. Born on 21st May 1688 in London, he is best known for his verse satires such as ‘The Rape of the Lock’.

Pope suffered a difficult youth. His father, a textile merchant, and his mother were devout Catholics, and Pope lived at a time when Catholicism had essentially been outlawed. This affected his education somewhat, because Catholic schools were illegal. The Popes' solution was first to teach their son themselves, and later to send him to clandestine Catholic schools, one of which he was expelled from for writing a satire on a teacher. Despite the obstacles to his formal education, Pope was prodigiously intelligent and well-read and later claimed that he began writing poetry aged 12. His precocity can perhaps be linked to the bouts of ill health he experienced in his youth, when he contracted a TB-like illness that led to stunted growth and deformity and left him largely housebound.

In 1700, Pope and his family were forced to move to Binfield, Berkshire, due to a new statute that banned Catholics from living within 10 miles of London. Ten years later, when Pope was just 22, his first poem 'The Pastorals' was published. Unusually, he achieved instant fame. 'The Pastorals' was followed a year later by the biting satirical piece ‘An Essay on Criticism’, which showcased Pope's stunning precocity. Pope wrote many of his most famous pieces, including ‘The Rape of the Lock’ and ‘Eloisa to Abelard’, while still in his twenties, and achieved the remarkable feat of having his first collected works published in 1717, when he was 29.

Pope was a lifelong lover of Homer, and between 1715 and 1720 he released his own translation of Homer's Iliad. It was massively successful, both critically and with the public. Pope had negotiated a deal with a publisher that gave him an advance for each instalment, which was at the time an unusual practice and led to Pope becoming the first English poet who was able to make a living from selling his works rather than receiving a retainer from a patron or patrons.

Pope's first version of his satirical poem The Dunciad was published in 1728. The poem attacked and pilloried many contemporary political and literary figures, including some of those who had attacked Pope's work, in particular his editions of Shakespeare. Although Pope had always been an immensely popular, sociable and likeable character with many friends and allies, the scathing satire of The Dunciad made him a number of enemies, and he apparently was nervous when leaving the house for some time after its publication. In the years following this, Pope continued to write satires and moral essays, including An Essay on Man in 1733–1734. After 1738, Pope began to revise and add to his Dunciad, completing it in 1742.

Pope's ill health took a turn for the worse and he died on 30th May 1744 at the relatively young age of 56.

He remains one of the most-quoted writers in the English language, and his work dominated his era to such an extent that he inevitably fell out of fashion for some time afterwards, particularly with the Romantics, who saw him as a wit rather than a true poet. However, this has not affected Pope's reputation in the long term, and his work is still hailed as among the greatest today.
Show / hide details