Childhood and education
Ian Russell McEwan was born on 21st June 1948 in Hampshire to parents Rose and David. McEwan had a somewhat turbulent childhood due to his father’s posting as an officer in the British Army, which often required the family to frequently move from country to country. In 1959, McEwan was sent to Woolverstone Hall, a boarding school located in Sussex, and he remained in Sussex for his undergraduate education. His time there influenced his later novel writing, with his 2012 spy romance novel, Sweet Tooth, being partly set at the University of Sussex. In 1970, following his undergraduate studies, McEwan attended the University of East Anglia, and while studying for his MA there met Penny Allen, whom he would later marry and have two sons with. The two later divorced, and McEwan married Annalena McAfee, with whom he remains today.

Becoming a novelist
During his MA, McEwan began experimenting with short-story writing. In 1972, short stories including ‘Conversation with a Cupboard Man’ and ‘Homemade’ were published in monthly literary magazines such as the Transatlantic Review and the New American Review. These stories, among others, would later be published in McEwan’s first collection of short stories, First Love, Last Rites (1975). Despite its success, which saw McEwan receive the Somerset Maugham Award for literature, McEwan’s collection was criticised for what many deemed its disturbing and often sexually perverse content, which included sibling incest and animal torture. Off the back of First Love, Last Rites, McEwan was asked to teach at the University of Iowa Writers’ Workshop, after which he published his second collection of short stories, Between the Sheets, in 1978. This would prove to be McEwan’s final engagement with the genre, abandoned in favour of novel-writing with the publication of his first novel, The Cement Garden, later that year.

Literary career and fame
Since 1978, McEwan has gone on to publish over 20 novels and achieved literary fame, remaining a favourite among readers and critics. McEwan’s second novel, The Comfort of Strangers (1981), earned him his first of five nominations for the prestigious Booker Prize for literature, with his 1998 novel, Amsterdam, securing him the prize. Although it did not win him the prize, Atonement (2001) remains his most critically acclaimed novel to date. Not only did Atonement receive a wide array of prizes, but in 2007 the novel was also adapted for film. Directed by Joe Wright, and starring Keira Knightley and James McAvoy, Atonement secured seven Oscar nominations, winning in the category of Best Original Music Score.

McEwan on screen
Atonement is just one of McEwan’s many works to reach the big screen. In 2017, both McEwan’s 2007 novel, On Chesil Beach , and his 2014 novel, The Children Act , were adapted into critically acclaimed films. The author has also been involved in many smaller projects for television and theatre. In 1976, McEwan’s first script for television, ‘Jack Flea’s Birthday Celebration’ aired. Shortly afterwards, in 1980, his first television play, The Imitation Game, was broadcast by the BBC, directed by Richard Eyre. Eyre would later go on to direct McEwan’s first full-length feature film, The Ploughman’s Lunch (1983) and, most recently, the 2017 film adaptation of McEwan’s The Children Act (2014). Like the stories from which they derive, film adaptations of McEwan’s stories are not without controversy, as can be seen in the 2002 BBC film adaptation of McEwan’s short story of the same name, Solid Geometry, with BBC management raising concerns about the film’s subject matter.

McEwan in recent years
McEwan’s literary success has continued to flourish in recent years. In 2000, he was awarded a CBE for his services to literature, and in 2014 he was presented with the Bodley Medal, the highest mark of honour from the University of Oxford’s Bodleian Libraries, some of the oldest and most prestigious libraries in the world. In recent years, McEwan has been a prominent public speaker on environmental, scientific, and literary matters. In his latest novel, Machines Like Me (2019), he engages with ideas of human nature, identity, power, and technology in his depiction of artificial intelligence in the form of synthetic humans.
Show / hide details 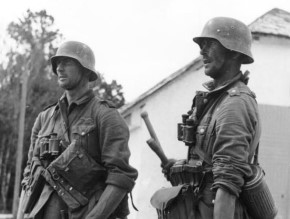 Atonement: Comprehensive Guide for AS / A Level (first teaching 2015)
Set against the backdrop of World War II England, Atonement tells of a young girl who naively misinterprets her older sister’s relationship with the family’s gardener. Her mistake sets in motion a string of events that tears the family apart, and changes the course of the girl’s life. Delve into McEwan’s intelligent and beautifully written story of love, war, childhood, remorse and forgiveness with this detailed and absorbing guide. 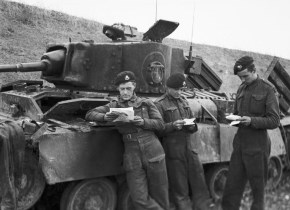 Atonement: Activity Pack for AS/A Level (first teaching 2015)
This invaluable activity pack provides a variety of ready-to-use handouts, covering the whole text, for you to mix and match to suit your class. There is plenty to explore in Ian McEwan's acclaimed novel, which raises weighty questions of imagination and reality, innocence and guilt, and the nature of writing itself.