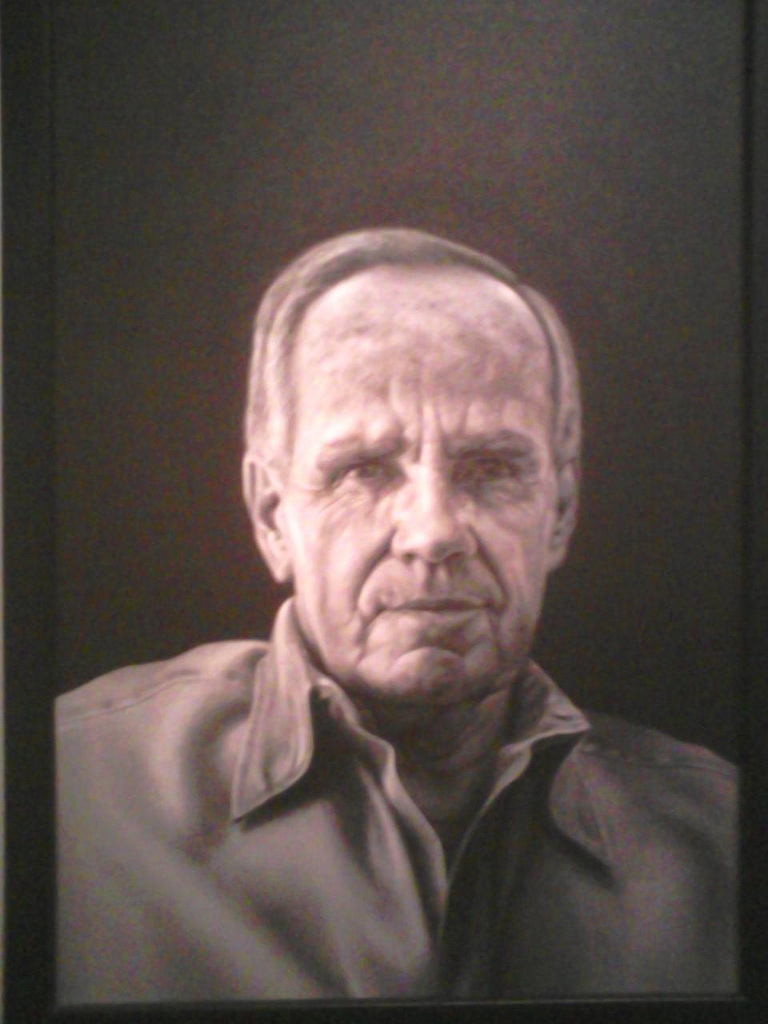 Cormac McCarthy (b. 1933) is an American novelist and playwright. He has written 10 novels. The Road, published in 2006, has won both the Pulitzer Prize and the James Tait Black Memorial Prize for Fiction. It was adapted into a film of the same name, released in 2009. He has two sons, and had the second fairly late in life. It was this son, John Francis McCarthy, who inspired The Road, and to whom the book is dedicated.

McCarthy appeared on the Oprah Winfrey show on 5th June 2007. He told her that he favours ‘simple declarative sentences’ and that he uses capital letters, full stops, occasional commas and colons for signifying a list, but ‘never a semicolon.’ He does not use quotation marks for dialogue and believes there is no reason to ‘blot the page up with weird little marks’.

The Road has similar themes to other novels by the author, examining American history and contemporary themes and worries. His other novels include:

The Road takes all these themes and amplifies them by placing them in a post-apocalyptic setting. Almost all McCarthy’s previous subjects are revisited and added to in this novel.
Show / hide details