Philip Arthur Larkin was born in Coventry on 9th August 1922, the second child of Sydney and Eva Larkin. During the 1920s and 1930s, Sydney Larkin was an admirer of Hitler and the Nazi regime and made a number of private visits Germany, taking the teenage Philip with him on two occasions. Later in life, Philip Larkin preferred not to talk about these visits or his feelings about them. Alongside his fascist sympathies, Sydney was a keen reader of modern literature and, under his influence, his son was introduced to writers such as Thomas Hardy, George Bernard Shaw, T S Eliot and D H Lawrence.

Philip was initially educated at home, before attending King Henry VIII School in Coventry, where he contributed poems to the school magazine and became a member of its editorial team. Though he was not always one of the school’s most outstanding students, Philip did well in his exams and went up to Oxford in October 1940, having been exempted from military service in World War II because of his poor eyesight. This was an unusual time to be a university student, as most of his generation were away fighting. Coventry itself was heavily bombed in November 1940 and Larkin made an anxious trip back to his home city to ascertain news of his parents, who had, in fact, survived the attack. This and other aspects of his time at Oxford were to form the basis of the plot of his first published work, the novel Jill, which appeared in 1946. It was at Oxford that Larkin first met Kingsley Amis, who was to be a close friend, confidant and literary influence throughout the rest of his life.

Shortly after graduating from Oxford, Larkin was appointed librarian at the public library at Wellington in Shropshire, where he first met Ruth Bowman, the model for the friend in specs in ‘Wild Oats’ and with whom he was in a relationship for a number of years. While working at the university in Leicester, he met Monica Jones, a lecturer in English, and his relationship with her lasted until his death in 1985. In 1950, he was appointed sub-librarian at Queen’s University in Belfast, and his time there gave rise to one of the poems in The Whitsun Weddings collection, ‘The Importance of Elsewhere’.

In March 1955, he was appointed Librarian at the University of Hull, a position he filled for some 30 years right up to his death. At Hull, his relationship with Maeve Brennan, a colleague at the university library, developed into a close partnership and lasted for some 17 years. She was the inspiration behind the poem ‘Broadcast’, in The Whitsun Weddings collection. This relationship was conducted alongside the one with Monica Jones, with both women eventually aware of the situation and seemingly happy to share Larkin as a lover. In 1975, after his relationship with Maeve Brennan ended, Larkin began an affair with Betty Mackereth, his secretary at the university library and the model for the loaf-haired secretary of ‘Toads Revisited’.

A selection of Larkin’s early verse was taken up by a sympathetic publisher and appeared in print in 1945 with the title The North Ship, and a volume of his poems entitled The Less Deceived was published 10 years later by the small Marvell Press, based in Larkin’s adopted home city of Hull. There was considerable critical reaction to the collection, most of it positive, and there were five reprints of the paperback edition within the first two years.

It was about this time that Larkin began to be associated with a perceived literary trend which came to be known as ‘The Movement’. The characteristics of Movement poets were, chiefly, a desire to return to traditional forms in verse and to avoid the experimentation and obscurity of expression found in much pre-war British poetry. In 1956, Larkin was one of nine poets (his old Oxford friend Kingsley Amis being another) to have work included in an influential collection entitled New Lines. Larkin’s status as a major post-war poet was cemented by the publication by Faber and Faber of The Whitsun Weddings collection in 1964.

Larkin’s final volume of verse was the High Windows collection, published by Faber and Faber in 1974. This contains some of his most memorable, if bleakest, poems, notably ‘The Old Fools’, which reflected Larkin’s fears of growing old. Larkin’s poetic output declined sharply in his later years, though one significant poem, ‘Aubade’, in which the speaker expresses his dread of dying, was published in the Times Literary Supplement in 1977. The definitive Collected Poems was published posthumously in 1988, and a collection of his letters was published as Selected Letters in 1992. These revealed what appear to be reactionary, misogynistic and racist views in his correspondence with Kingsley Amis. There are issues as to how seriously we can take things written in personal letters, and the temptation to be outrageous, especially with Amis, was always strong, but the opening up to scrutiny of the private world of Larkin has, rightly or wrongly, caused something of a reaction against both the man and his poetry in some circles.

Larkin was awarded a CBE in 1975 and was offered the position of Poet Laureate in 1984, which he declined, not relishing the public attention that he assumed would follow. In January 2008, he was named at the head of a list of ‘The 50 Greatest British Writers Since 1945’ in The Times newspaper.

Apart from ‘Aubade’, his great poem on death, Larkin did not write much of significance following the publication of High Windows in 1974. His father had died in 1948 and Philip was thereafter a dutiful, if often privately resentful, son to his mother, Eva. She lived in a nursing home near Loughborough for some time until her death in 1977. In 1983 Monica Jones fell ill and moved to Hull to live with Larkin. This was the first time in his life he had lived with her – or any woman – on a permanent basis.

Somewhat ironically, Larkin never reached the state of old age which he had viewed with such trepidation, as one reads in a poem like ‘The Old Fools’ from the High Windows collection. In mid 1985, Larkin became ill and underwent an operation to remove a cancerous oesophagus. His health continued to deteriorate, however, preventing him from attending the ceremony at Buckingham Palace at which he was to be awarded the Order of the Companion of Honour by the Queen. He died on the 2nd of December 1985, aged 63. 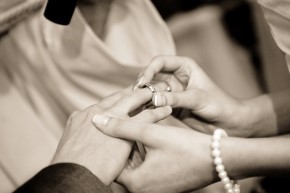 Philip Larkin: The Whitsun Weddings: Comprehensive Guide for AS/A Level WJEC (Wales) and Eduqas
Delve into the penetrating truths of everyday life with Larkin’s observant and honest poetry collection. From matters of marriage to points on parenting, this comprehensive and in-depth guide ensures thorough understanding of the collection’s universal and poignant themes. 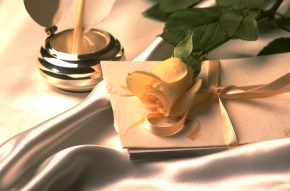 Love Through the Ages Pre- and Post-1900: Poetry Companions for AS/A Level AQA A (first teaching 2015)
Comprehensive companions enhance students' discovery of these new poetry anthologies. Carefully structured to guide students through the entire process towards writing top-graded essays, these companions introduce the key skills for analysing poetry, focus on each poem, link it all together, and help students to develop essay technique.