Braddon was born on 4th October 1835 in Soho, although she sometimes used to say she was born in 1837. Not only did this make her two years younger, but more importantly it aligned her birth with Queen Victoria’s ascendency to the throne. Braddon was very proud of being called the ‘Queen of Sensation Fiction’ and so changing her birth year helped to reinforce this regal link. Braddon had a slightly unconventional upbringing as she was raised by her mother alone after the age of four. Braddon’s mother had left her father due to his financial irresponsibility and infidelity. This was extremely rare at the time and may have instilled in Braddon a desire to earn money to look after herself and her mother.

Braddon took to the stage in her early twenties, and although she mainly acted on the provincial stage in the early years, it afforded her some financial independence. Braddon slowly worked her way up the cast and finally made her appearance on the London stage. Her first season in the capital produced mixed reviews, and Braddon returned to the provincial stage. At around the same time, she also published her first novel, Three Times Dead. This proved to be moderately successful but perhaps more importantly than any financial gain was that Braddon learned the craft of novel writing and how the publishing industry worked. This knowledge would prove to be invaluable in later years.

The early 1860s were some of the most transformative years of Braddon’s life, both personally and professionally. Personally, she met the publisher John Maxwell and moved in with him, becoming stepmother to his five children. The controversy about this relationship (as Maxwell was still legally married to his first wife, who was in an asylum) dogged Braddon until they could marry in 1874. Braddon herself became a mother in the early 1860s. Professionally, Braddon sealed her literary reputation as ‘Queen of Sensation Fiction’, publishing two phenomenally successful novels, Lady Audley’s Secret and Aurora Floyd, within one year of each other. Like many female writers of the time, she wrote under a gender-neutral name, M E Braddon.

Not content with being a ‘sensation’ writer, Braddon also wanted to write more ‘realist’ fiction in the vein of George Eliot. In 1864, she published her first attempt at this style in an adaptation of Madame Bovary. The novel, The Doctor’s Wife, was generally well received, with critics recognising that the characters were much better developed than in previous novels, and so began a number of years of Braddon publishing two novels a year: one to satisfy her ‘sensation’ readers and the other to satisfy her own wishes to be held in higher literary esteem.

As well as writing novels, Braddon also gained more autonomy in her publishing by becoming the ‘conductor’ of the magazine Belgravia. Through this vehicle, Braddon published some of her novels in serial form. This role also kept her abreast of the latest fashions and so she was able to move with the times and remain relevant. For example, in the mid 1870s, there was an increase in the publishing of Christmas annuals and magazines. Braddon saw this and became editor of The Mistletoe Bough in 1878. She also remained very interesting in theatre and wrote a number of plays, all of which bar one were unpublished. In 1874, her play The Missing Witness was performed for the first time.

Braddon had a phenomenal work ethic, as shown by her vast output, and she was also very robust. She made a full recovery from her nervous breakdown in the late 1860s, which had possibly been brought about by the deaths of her mother and sister in quick succession. She also continued to travel right up to her death.

Braddon remains an important writer of the nineteenth century and offers an almost unique insight into the time. Her longevity allows the reader to see the changes in societal norms, and, as many of her works were set contemporaneously, she also offers a lens on Victorian culture. During her lifetime, her two bestselling novels were Lady Audley’s Secret and
Show / hide details

Ruth is a secondary school English teacher who has written five books about the work of Mary Elizabeth Braddon, which are published by Academica Press. 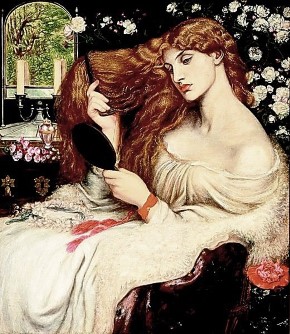 Lady Audley's Secret: Comprehensive Guide for AS/A Level Edexcel (First Teaching 2015)
Blackmail, bigamy, murder, arson, intrigue… Braddon’s fast-paced and absorbing novel about a beautiful, yet cunning, middle-class Victorian woman established her as one of the masters of the sensation genre. Investigate her manipulative villainess alongside themes, language, critical reception and more with this illuminating guide. 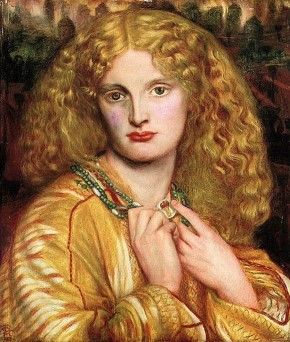 Lady Audley's Secret: Activity Pack for AS/A Level Edexcel (First Teaching 2015)
An unmotivated individual, Robert Audley finds himself investigating the disappearance of a close friend. As the case moves forward, suspicions grow around his beautiful and newly wed aunt, who has a past that she is determined to keep a secret… Uncover the plot twists of this intriguing novel with this invaluable activity pack. A variety of ready-to-use handouts covers the whole novel, for you to mix and match to suit your class. Also includes comparison activities across the Edexcel Crime and Detection set texts!