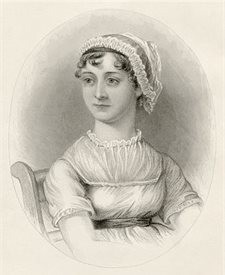 Jane Austen was born on 16th December 1775 in the village of Steventon, near Basingstoke, Hampshire. Her father was a clergyman and served as the rector for the local Anglican parishes, and further enriched the family’s earnings through farming and tutoring a small number of pupils who, during their schooling, boarded at the Austen residence. Both of Jane’s parents were members of gentry families and, although they could by no means be considered wealthy, neither were they poverty-stricken and thus held their position and status fairly comfortably among the middle class. For the most part, Jane was educated at home by her father and elder brothers who actively encouraged her reading and writing from a young age. The family had a large library which no doubt proved a great source of inspiration to Jane’s literary imagination.

Jane and her sister Cassandra were educated mainly at home, and Jane’s relationship with her sister was possibly the closest and strongest that she would hold in life. Much of Austen’s writing explores the connection between sisters. As Austen grew up she continued to live at home and employed herself in activities typical to a woman of her age and class: assisting her mother with the supervision of servants, practising the pianoforte, and visiting neighbours and relatives.

Much of Austen’s life was spent at her family home in a sphere of appreciation for education and learning, so it is not surprising to learn that, from a young age, Austen began to compose various stories, novels and plays for her family’s entertainment. These early writings have since become known as ‘Juvenilia’ and it is in these that we catch the first glimpses of the biting social commentary and aristocratic observations that she would later become famed for.

When her father retired from the ministry in 1801, Jane moved with her family to Bath, but, when her father died in 1805, the family was left to rely heavily on her brother Edward for financial support, and so in 1809 Jane moved to Chawton with her mother and sister to reside in a small house offered to them on one of Edward’s estates. It was here that she had the majority of literary success, writing four of her greatest works Sense and Sensibility  (1811), Pride and Prejudice  (1813), Mansfield Park  (1814) and Emma  (1815). With the help of her brother Henry, her first novel was accepted to be published with publisher Thomas Egerton. However it must be noted that until reaching relative success with Pride and Prejudice  Austen’s novels were published anonymously under a pen name, as writing was not considered a suitable female profession at the time. Jane Austen began to suffer from ill health, probably Addison’s disease, in 1816. She travelled to Winchester to receive treatment and died there on 18th July 1817 when she was only 42 years old.

Both Persuasion  and Northanger Abbey  were published posthumously by Henry following Jane’s death at the end of 1817 and, with these works, he included a biographical notice which, for the first time, identified Jane as the author of the novels. Together they earned over £500, more money then Austen ever saw in her lifetime.

Sense and Sensibility: Exam Preparation Pack for AS Level Eduqas English Literature
Sharpen your students’ senses in the run-up to the AS Level Eduqas exams with this cohesive exam prep pack! Apply understanding and perfect exam technique with key revision activities, essay-building tasks, exam-style questions, mark schemes and model answers – all specifically designed for the AS Level Eduqas Component 1 exam. 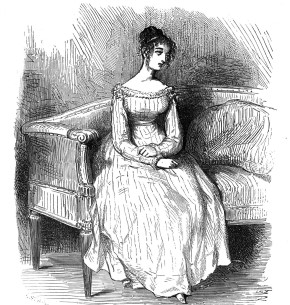 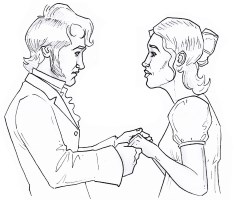 Pride and Prejudice GCSE Activity Pack for English Literature (exams from 2017)
There are plenty of literary aspects to examine in Austen’s peerless novel of manners, and this wide-ranging resource allows students to explore them all. Special features include regular analysis of Austen’s use of humour, and summaries of literary devices in each chapter. The variety of tasks included and the differentiation advice make this creative and stimulating pack suitable for all. 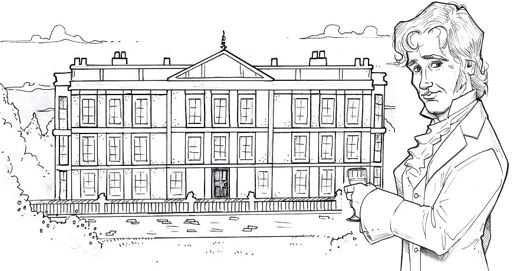 Pride and Prejudice GCSE Study Guide for English Literature (exams from 2017)
One of Austen’s best-loved novels, Pride and Prejudice offers GCSE students an array of enchanting characters and a story full of intrigue and humour. Along with detailed analysis and student activities, features such as a contextual timeline, a ‘Why Read Austen?’ introduction, and commentary on narrative style make this resource an indispensable companion to the text. 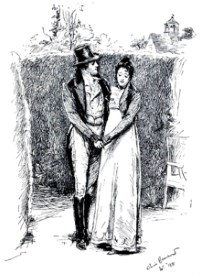 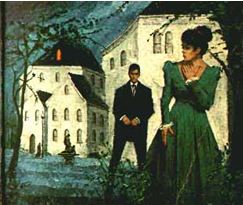 Northanger Abbey and The Gothic Comprehensive Guide for A Level English Literature (Legacy)
Comprehensive notes interspersed with research links, practice essay questions, activities and discussion points. This guide has been written specifically for AQA B Lit Unit 3 and as such includes a wealth of information on linking Northanger Abbey with the Gothic genre.

Its unique approach offers specific support to the new AS Level student. Provides a framework that encourages in-depth analysis of the text, which may be used from the very start of reading.

Pride and Prejudice Teaching Guide for A Level English Literature (Legacy)
Notes, activities and teaching ideas supporting the teacher to deliver imaginative lessons and helping students to read, understand and reflect on the novel.